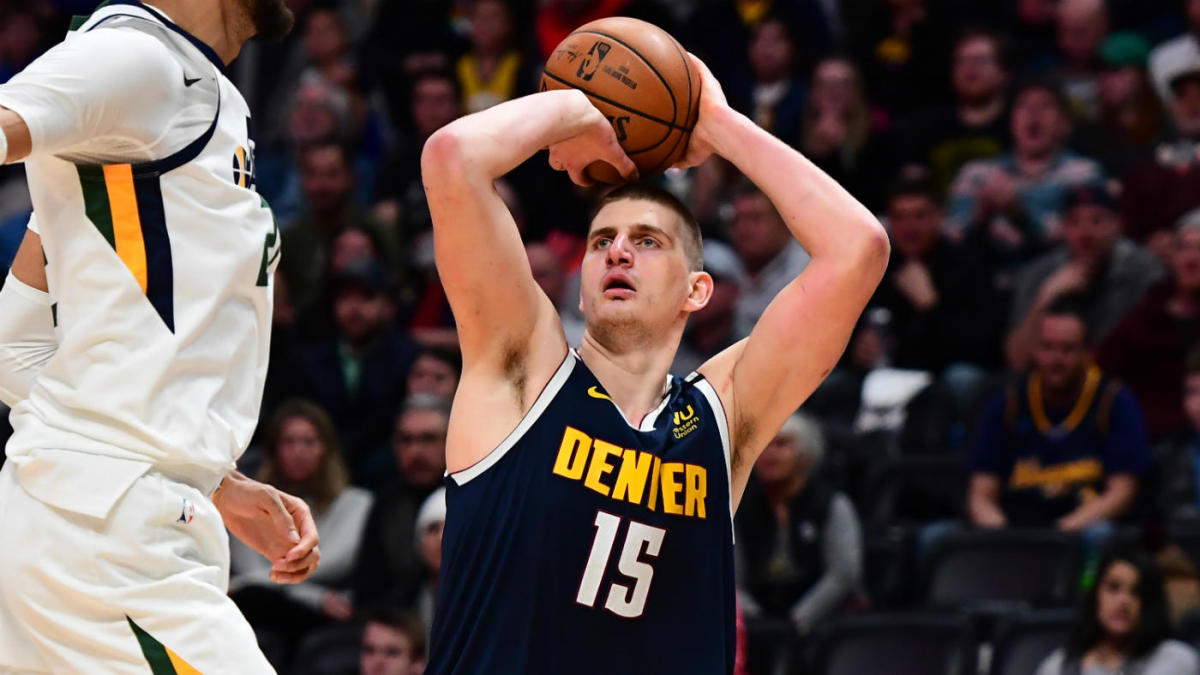 It’s only late January, but it’s never too early to start thinking about the playoff race, especially in the West, where the battle for seeding at the top of the conference looks like it could go down to the wire. So Thursday night’s matchup between the Denver Nuggets and Utah Jazz was a big one, and it didn’t disappoint.

The two teams came into the game with identical 32-15 records, but after two-plus hours of wild, back-and-forth action, the Nuggets escaped with a 106-100 victory to pull into third place in the West. And it truly was an escape. Normally writing straight recaps of games isn’t really my thing, but it’s honestly worth it here just to explain this wacky game.

Actually, you know what, let’s just skip ahead to the third quarter, which is where things really got interesting. The Jazz, who briefly led by double digits in the second quarter, took a five-point lead into the break. Then they controlled much of the third quarter, raining in 3-pointer after 3-pointer to push their lead back up to nine at 70-61 with 4:13 left in the frame. At that point, against a short-handed Nuggets team, it looked like they might start to run away.

Instead, they didn’t score the rest of the frame. In fact, a Jordan Clarkson free throw a minute into the fourth quarter was the only point they scored over seven and a half minutes. The Nuggets really ratcheted things up on defense, started knocking down some shots of their own and fed off the energy of their crowd. Before you even knew what was happening, they were up by 17 early in the fourth quarter.

It took just seven minutes for the score to go from 70-61, Jazz, to 88-71, Nuggets. Yet somehow, the action was far from over. Just when it seemed like the Nuggets would be the team to run away with the game, the Jazz came back to life. Or, at least, Clarkson did. He turned into a flamethrower, just zooming around the court launching 3s at will. Most of the time that’s not the offensive strategy you want to rely on, but the Jazz didn’t really have much of a choice considering Donovan Mitchell finished with two points on 1-of-10 shooting.

Somehow, Clarkson just kept making shots, and twice got the Jazz to within three points. He poured in 24 points in the fourth quarter, which alone would have been a game-high for the Jazz, and finished the night with 37 — his best scoring night for the team since they traded for him last month.

That they didn’t complete the comeback was thanks to the Nuggets’ star man, Nikola Jokic. The Serbian produced another classic, going for 28 points, four rebounds and 10 assists on 11-of-19 shooting, and came up big time and again down the stretch to hold off the Jazz.

He’s usually a reluctant scorer, but with Jamal Murray, Gary Harris and Paul Millsap all out, Jokic took over. He scored 11 straight for the Nuggets down the stretch, pulling out all his tricks to do so. He was pump-faking his way into weird jumpers, rumbling down the lane and getting to the line.

There were 60 points scored in the fourth quarter between the two teams, and Clarkson and Jokic combined for 37 of them. It was beautiful, and at times bizarre to watch a legitimate scoring battle between two of the most different players you could find in the league.

On the one end you had Clarkson, a journeyman bench scorer, skittering around looking for just an inch of space to launch up another 3. Then, down on the other side of the court you had Jokic, a 7-foot, 280-pound MVP candidate, slowly backing his way into the lane and making three different fakes before hoisting a fadeaway.

We’ll probably never see something quite like that again, because how could you possibly replicate that experience? But, at least we were blessed to see it once.

Knicks takeaways from Wednesday’s 101-99 loss to Celtics, together with RJ Barrett’s 29-point efficiency

Are the Suns outfitted to deal with their newest playoff adversity vs. Bucks?